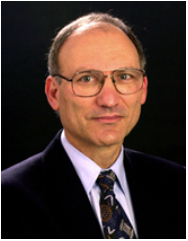 Dr. Paul Steinbok, Head Emeritus of the Division of Pediatric Neurosurgery, was born in Barbados, West Indies, and obtained his medical training at the University of the West Indies in Jamaica and a honors degree in Physiology at the University of Newcastle upon Tyne, U.K. This was followed by an internship in Toronto and a residency in neurosurgery in Vancouver at the University of British Columbia. Dr. Steinbok became a Fellow of the Royal College of Surgeons of Canada in Neurosurgery in 1977. Thereafter he was awarded a Medical Research Council of Canada research fellowship to the University of North Carolina and Duke University in North Carolina for studies in brain tumors. He returned to Vancouver, and has been practicing as a neurosurgeon in Vancouver since March 1979. In 1981, Dr. Steinbok was certified by the American Board of Neurological Surgery and is a Diplomat of the American Board of Neurological Surgery. Since 1985, he has limited his practice to pediatric neurosurgery. In 1996 he was certified by the American Board of Pediatric Neurological Surgery and was recertified in 2006.

A major area of clinical interest is the surgical treatment of children with spastic cerebral palsy and he is acknowledged as an international expert in this field. He has particular expertise in the surgical procedure of selective dorsal (posterior) rhizotomy and has done over 250 such procedures, initially via multilevel laminectomies but more recently using a less invasive single level laminectomy approach. He was the first to do this procedure in Canada in 1987 and has published many scientific articles on this subject.

Another major area of interest and expertise of Dr. Steinbok is epilepsy surgery in children. Working together with an epilepsy surgery team at BC Children’s Hospital, since 1994, over 300 children with epilepsy have had various surgical procedures with positive results as good as or better than most centers in the world.

In keeping with the overall approach of the Division to concentrate specific expertise so that the children can be treated better, Dr. Steinbok has been the neurosurgeon looking after children with craniopharyngiomas, a relatively uncommon type of brain tumor. In this regard he has been one of the leaders in the use of intratumoral chemotherapy for this specific type of tumor. Dr. Steinbok also has a particular interest in the management of Moya Moya disease in children, an unusual disorder that causes strokes in children. Dr. Steinbok and his associate, Dr. Cochrane have evolved techniques to limit blood loss and the need for blood transfusion in neurosurgical operations, and have been particularly successful in achieving very low transfusion rates in surgeries for craniosynostosis in infants. In recent years we have added minimally invasive, endoscopically assisted surgery for craniosynostosis, with good results.

Academically Dr. Steinbok is a full Professor at the University of British Columbia, in the Department of Surgery. He has over 150 publications in peer reviewed journals and chapters in textbooks. His recent research efforts have centered on investigating neurosurgical procedures for tethered cord syndrome in children with urinary dysfunction, and he is leading a multicentered study in Canada and the U.S. to investigate this issue. He is also the lead investigator in a multicentered Canadian study of thalamic brain tumours in children and also in a multicentered North American study of eosinohilic granulomas (Langerhans cell histiocytosis) of the skull in children.

Dr. Steinbok has returned to Jamaica to initiate a successful neuroendoscopy program at the University Hospital of the West Indies and has assisted the neurosurgeons in Jamaica and Barbados in complex pediatric neurosurgical cases.